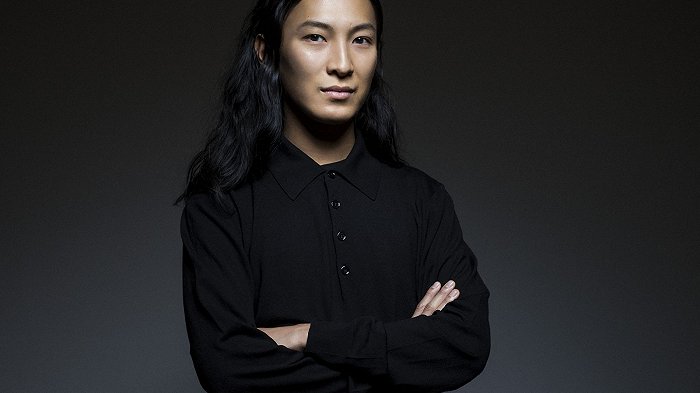 Alexander Wang is an American fashion designer who was born on December 26, 1983. Wang founded his Alexander Wang design label in 2005 and rose to fame after receiving the CFDA/Vogue Fashion Fund prize in 2008. Wang was the creative director of Balenciaga formally, and the time period he served this role is from November 2012 to July 2015. Wang is recognized for his use of black and urban-inspired patterns.

More than you see queries of Alexander Wang bags, t-shirts, and shoes, you will see some very amusing questions people frequently ask about this brand. So, in this very article, we decided to show you a fun and informative side of Alexander Wang Singapore by answering some of your queries;

Is Alexander Wang a gender?

Alexander is a gay man who is upfront about his sexuality. In the media and by his acquaintances who have made public statements about him in the past, Alexander is always referred to as “he/him.” He hasn’t spoken anything about his gender identification in public.

Alexander Wang has no relation to Vera Wang. They are both well-known fashion designers who share the surname Wang. The similarities between the two Wangs, however, end there. Despite sharing the same surname and working in the same profession as Vera Wang, Alexander is a standout fashion designer in his own right.

Where does Alexander Wang make his clothes?

Two-thirds of Alexander Wang’s tailoring is created in Europe (mainly in Italy), and some T by Alexander Wang jersey garments are now made in Portugal.

What does Alexander Wang design?

Alexander Wang designed menswear and womenswear mainline collections and a diffusion brand for men and women, called T by Alexander Wang, footwear and accessories. Wang’s foray into menswear was recognized by GQ in 2011 when he was voted Best Menswear Designer. In the same year, he was named Best Accessory Designer by the CFDA. Wang’s style is consistent across all of his collections, and he has influenced a generation of women to dress in his sportswear-inspired styles. His collections include bags, t-shirts, and shoes alongside other products.

Where are Alexander Wang shoes made?

The majority of the brand’s tailoring is presently created in Italy. A handful of jersey pieces for T by Alexander, Alexander Wang’s younger, more inexpensive essential collection, is made in Portugal, and accessories like shoes and purses are made in Italy.

Who owns the Alexander Wang brand?

Alexander Wang is the creative director of his namesake label, founded at the age of 21 in 2005. Wang added the titles of chief executive and chairman to his formal list of responsibilities in June 2016, replacing his mother Ying Wang as chairperson and his sister-in-law Aimie Wang as chief executive.

GQ recognized Wang’s debut into menswear in 2011, naming him Best Menswear Designer. He received the CFDA Award for Best Accessory Designer the same year. Wang’s style is steadfast in all of his clothing and accessory collections. He has influenced an entire generation of women to dress in his sportswear-inspired outfits, which is quite incredible. Isn’t it?

Is Alexander Wang regarded as a high-end designer?

The 33-year-old, who founded his brand in his twenties while still acting as the creative director of Balenciaga, is arguably the most influential American luxury designer since Ralph Lauren.

Does Alexander Wang operate in Singapore?

Yes, definitely! Alexander Wang operates in Singapore. In fact, you can buy its products and accessories from several local online merchants, including Zalora, Atome and many others.

How can you tell if Alexander Wang shoes are fake?

The first thing you should verify is that the trefoil logo does not slang him at all on the face; instead, it is just flipped upside down on the real pairs, with the title at an actual ankle.

How many stores does Alexander Wang have?

Alexander Wang now has over 15 outlets globally, including its E-Commerce site that ships to over 50 countries.

Is Alexander Wang an entrepreneur?

Let’s answer it in Alexander Wang’s own words:

“I definitely come from a highly entrepreneurial background. And I believe I just always observed and watched my family being in company together, but also how they thought about business and building a better life for their family.”

How to Buy Alexander Wang Products in Singapore?

We hope you enjoyed this question answer ride about Alexander Wang the same way you like to buy his shoes, bags, t-shirts and other accessories. They not only have incredible collections but offer amazing discounts and offer you will love to explore! Also, if you are looking for genuine Alexander Wang products and accessories in Singapore, try visiting Zalora.

At Zalora, you can buy even the most expensive Alexander Wang products quite conveniently through Atome.  Headquartered in Singapore with over 5000 partnered merchants and available in 9 markets, Atome offers its users the choice and convenience of flexible payment options for a variety of products and services. The app allows shoppers to split their purchases over three interest-free monthly payments by scanning a partner retailer’s in-store QR code or upon website checkout. By splitting their payments, Atome users will be able to better manage their budget while making higher quality products more affordable.

Dyson Air Purifier | A great boon to your living environment

Shop at JD Sports Singapore: win at every race!