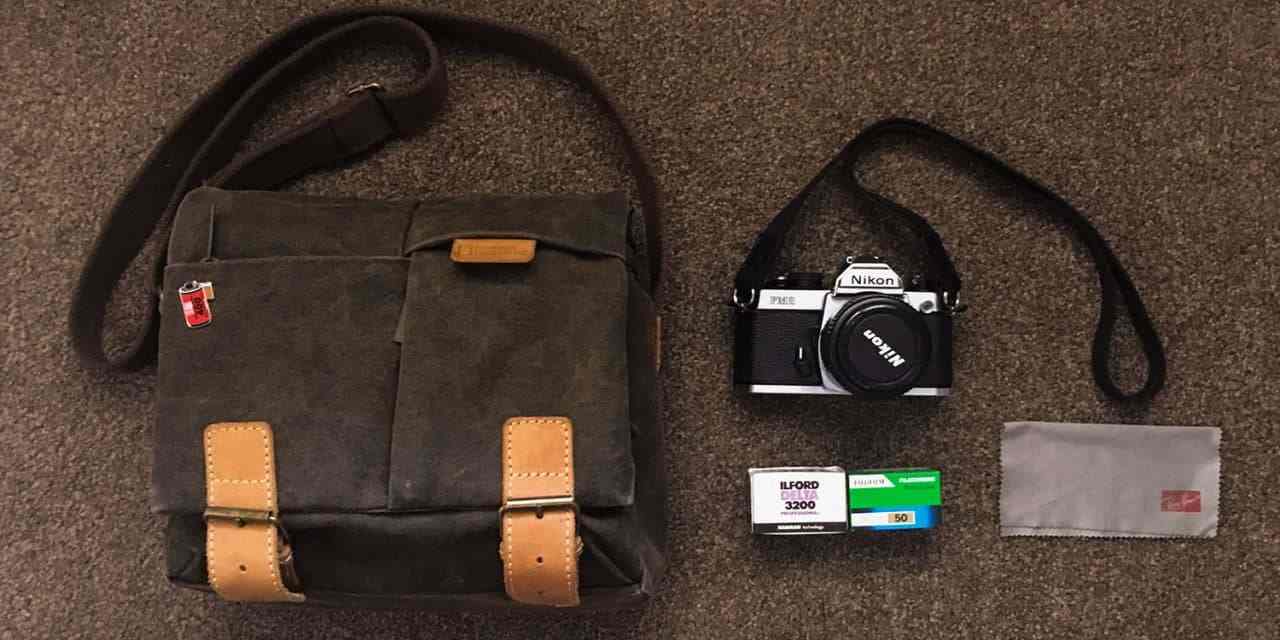 When the M6 was initially released in 1984, it was particularly popular among photojournalists and street photographers.

Its small size and strong magnesium alloy body make it an inconspicuous companion for harsh conditions. It went on to be the longest-running Leica rangefinder.

When the original M6 was withdrawn in 1998, the Leica M6 TTL stepped in for another four years with only a larger shutter dial as a cosmetic modification.

The M6 continues to influence the design of Leica’s M-mount rangefinders, including the digital ones.

Let’s see what Leica M6 is all about…

The Leica M6 is a purely mechanical masterpiece that allows the user to shoot at any shutter speed between 1/1000 and one second, as well as in bulb mode, without the usage of batteries.

Only the internal light meter is powered by the two LR44 batteries hidden under a circular cover on the camera’s front. There is considerable weight to the camera. Although 560 grams may not seem like a lot, when you consider the size of the human body, it becomes a quite heavy tool to wear around your neck all day.

Though the internal mechanics were not as sturdy as early Leica, nor were they hand-assembled in the traditional style, I always felt confident shooting the Leica M6 during my years with it.

The majority of the controls of the Leica M6 are located on the top plate, as they are on most cameras. The shutter button, which is located in the centre of the advance lever, allows us to use any standard shutter cable release.

The Leica M4 was the first camera to use this technology, which sped up the rewinding process over the M2 and M3. Once we unload the film through the bottom plate, the film counter will reset. It’s simple to unload an M6. Loading, on the other hand, maybe unfamiliar territory for others.

The loading procedure of a Leica camera might look complicated to an SLR photographer. To begin, rotate a knob on the other end of the tripod mount to remove the bottom plate. The film strip must then be stretched to reach the second spool on the opposite side once the entire plate has been removed. Before reattaching the bottom plate, inexperienced users would normally lose one or two shots every roll by making sure the spool actually hooks onto the strip.

Otherwise, you risk getting to shots 37, 38, and 39 on the film counter before understanding the 36 seconds you wanted to record earlier are now just a fading memory. This episode qualifies as a traumatic event in my opinion, based on my personal experience.

Since the M4 was introduced in 1967, Leicas have been loaded in this manner. However I believe the prior models’ loading technique was really smoother.

Despite the fact that the film leader had to be inserted into a separate spool, which delayed the process, the chances of not exposing a film at all were extremely low. While Leica’s “bottom loading” remains inconvenient, the technique has certainly improved with time, at least in terms of speed.

The M6’s ISO dial on the back is a less controversial “downgrade” from predecessors. While previous Leicas, such as the M3 and M4, had a lovely metal plate, current cameras feature a more basic plastic dial.

Buy your favourite film camera by Leica in Singapore and pay with Atome in 3 easy, interest-free payments. Headquartered in Singapore with over 5000 partnered merchants and available in 9 markets, Atome offers its users the choice and convenience of flexible payment options for a variety of products and services. The app allows shoppers to split their purchases over three interest-free monthly payments by scanning a partner retailer’s in-store QR code or upon website checkout. By splitting their payments, Atome users will be able to better manage their budget while making quality products and services more reachable.

Choosing the best fitted sheets for your kids- Epitex Singapore