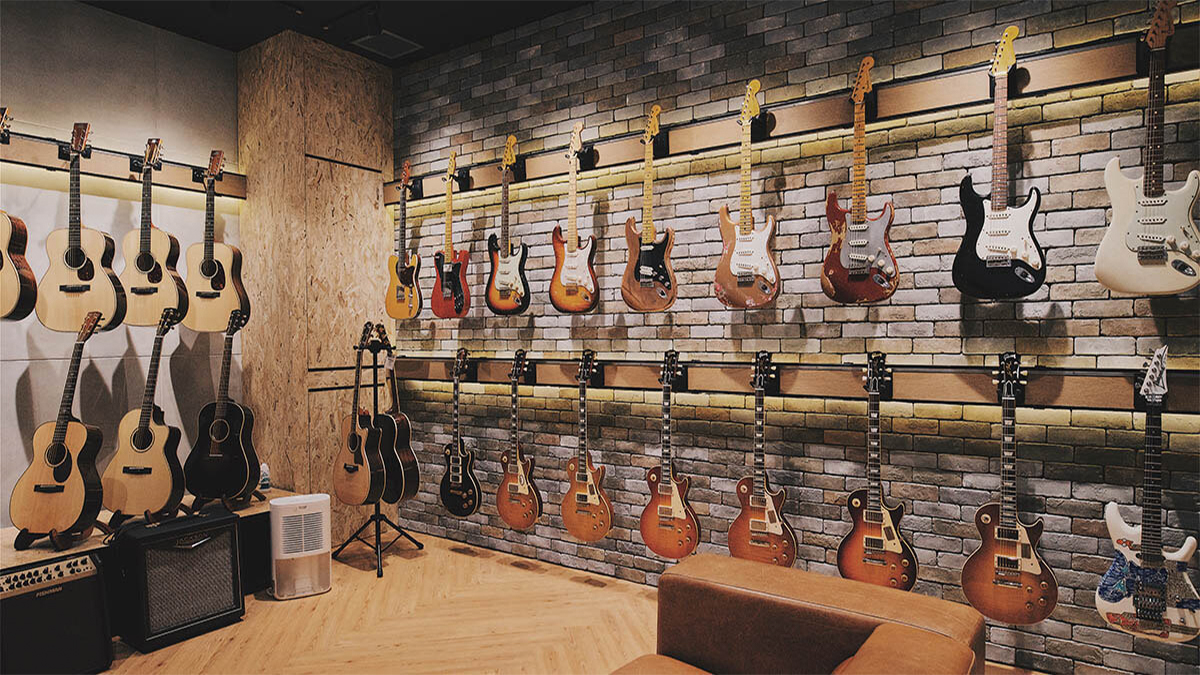 Swee Lee Singapore (Swee Lee SG) has such old roots that date all the way back to its origins; Swee Lee was a very different brand when it was incepted in 1946 compared to the particular niche it is specializing in, in the present day. Back in 1946, Swee Lee was a supplier of brass and woodwind instruments to the British military bands. However, over the next few years, when rock n roll swept the world like a storm, Swee Lee began specializing in guitars and drums by the 1950s.

Over the next few decades, Swee Lee made exemplary growth and exponentially reached new heights, such that it was the go-to store for musical instruments for all musicians and enthusiasts alike. While the brand itself had made a name for itself, people weren’t that fond of shopping from Swee Lee initially because

a) it was expensive because the company was still operating at the conventional high list price model, and

b) People were habituating to the online transition to shop for musical instruments, and Swee Lee was missing the e-commerce business platform.

Kuok Meng Ru (now the owner of Swee Lee) saw this as an open opportunity and saw where the company was lacking and bought Swee Lee in 2012 at the tender age of 23. Though it seemed like an abrupt decision at that time, Kuok was a man with a plan. And despite all the skepticism and the turbulence that comes with acquiring the 75 – year old heritage music store, Kuok came out on top of all the challenges thrown at him, and fast forwarding ten years down the lane, Swee Lee earned the reputation of being the largest music retailer in Asia, with E-commerce as the backbone of its success.

The company made a lot of regional growth and then expanded to include stores in Vietnam, Malaysia, and Indonesia. Kuok believes that this is just the tip of the iceberg and has many more plans rolled up his sleeves.

In 2015, Kuok launched Band Lab – the mobile-first music-making platform. This platform has around 40 million users around the globe, and by the December of 2021, the company had raised approximately 53 million USD through Series B funding, resulting in the net valuation of the company at around 303 million USD. From this point, there’s only onwards and upwards for the musical conglomerate that Swee Lee is a part of.

What makes a good guitar?

There isn’t just a thing or two about choosing a guitar, but choosing a good guitar is a multifaceted decision, and several factors come into play:

Obviously, the guitar is nothing but a wooden vessel without the strings. You have two options for the guitar strings/ guitar chords: nylon and steel strings. While nylon is the softer of the two on the fingers, it can not be used to play softer genres and is mostly used by novices. On the contrary, the steel strings produce louder and harder sounds while also being ruthless to the fingers.

Just as the neck is indispensable to us, it is equally important for the guitars. You have many options when choosing necks; bolt-on necks set necks, and through necks. The bolt-on necks are cheaper and, concomitantly, less sustainable and stable. The set necks are joined through strong wood glue; therefore, they are better clamped to the body of the guitar and have a seamless, non-shaky fit, are more sustainable, and thus cost more than the bolt-on necks. The through necks make use of the same wood throughout the body and neck, i.e., the neck is confluent with the body of the guitar, sparing the need for gluing and bolting. These are the most stable of the three and thus are the most expensive as well.

Are electric guitars easier to use than acoustic guitars?

Here is the side-by-side comparison between electric and acoustic guitars so that you can make a definitive decision about which one to purchase and what should be your ultimate goal.

Lastly, your music taste is a great determiner of the type of guitar you should choose. If you’re into fold, rock, country, and bluegrass music, the acoustic guitar is what you need. On the contrary, if you like pop, rock, and jazz music, you should go for the electric guitars.

Swee Lee Singapore (Swee Lee SG) has three outlets in Singapore. These are Swee Lee Star Vista, Swee Lee Bras Basah Showroom, and Swee Lee Peninsula Outlet Store. Swee Lee’s opening hours are 10- 10:30 am throughout the week across its outlets. Swee Lee music has the biggest guitar shop in Singapore and houses a myriad of musical instruments such as Swee Lee guitars, amplifiers, drums, keyboards, pianos, etc. Along with this, it also features many musical accessories such as guitar tabs, guitar strings/ guitar chords, etc. You can shop and avail amazing discounts and sales when you use Swee Lee discount codes.

Swee Lee is home to around a hundred different brands, each one at the top of its game. You can search for guitars in the musical department, or you can check the individual brands as well.

Headquartered in Singapore with over 15,000 partnered merchants and available in 10 markets, Atome offers its users the choice and convenience of flexible payment options for a variety of products and services. The app allows shoppers to split their purchases over three interest-free monthly payments by scanning a partner retailer’s in-store QR code or upon website checkout. By splitting their payments, Atome users will be able to better manage their budget while making quality products and services more reachable.

If you’re curious about how Atome works, click on this link, and you’ll find out! To make things even more impressive, Atome gives you the inaugural 10$ voucher upon your first successful shopping! So, do we need to say more? Get the app now! It is available on iOS as well as Android.

How to pay using Atome?

· First, you must select all the items you wish to shop for. Add those items to your cart and then proceed to the payment at the checkout;

· Next, you will be shown many payment options; choose Atome.

· After that, you have to sign into your Atome account. Don’t have one? No worries at all; You can create one completely for free!

And voila! You’re ready to pay. One-third of your total bill will be deducted at the checkout, and the rest of the bill will be divided into two easy monthly payments that will be paid in the subsequent months.

Why Do People Prefer to Drink Filtered Water?

Is Your Skin Acting Weird This Season? Unnie Is All That You Need!

Discover The Hottest Makeup Styles This Season with Bobbi Brown